Behind The Scenes: The Making Of Kyle Baker's "TNH"

Here are some Preliminary character sketches from my nifty new animated cartoon TNH. 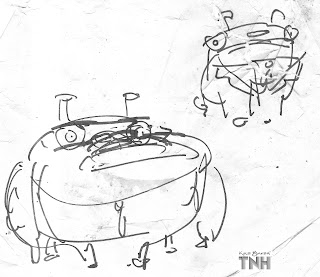 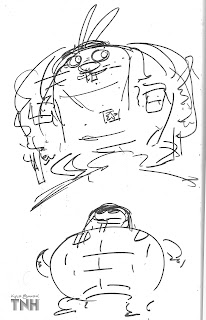 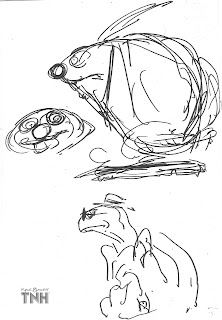 The one below was drawn in my sketchbook at the Trinidad Animation Festival, when I was trying to explain  to Bill Plympton what I had in mind. 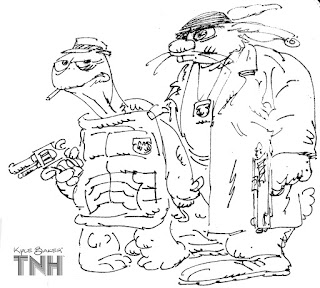 These were the original 3d models I did a couple of years ago, before I decided to redesign them. 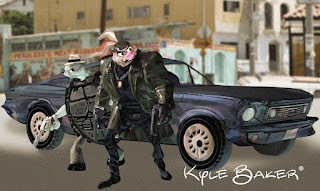 Below are some finished stills from the new video. 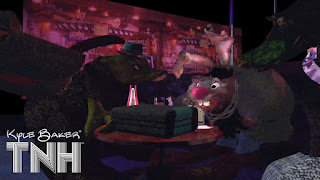 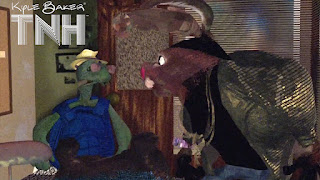 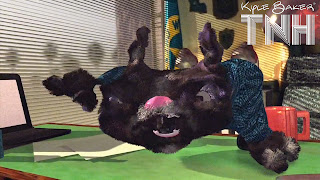 You can see the COMPLETE video HERE http://thebakersanimationcartoons.blogspot.com/2012/08/new-kyle-baker-animated-short-tnh-is.html ENJOY!
Posted by Amanita Minute at 9:00 PM 0 comments


At long last, my most ambitious short film to date is FINALLY complete, and I love it. This monster took forever, because (A) I had other jobs,  and (B) I'm a perfectionist, and wouldn't let it go until I was satisfied. Some of you have already seen the first 2 minutes online, but the remaining 6 are brand new. (I also remixed the sound.) This is my longest film yet. It was originally supposed to be serialized, but I couldn't figure out where to put the chapter breaks. There will be more TNH films in the future, but I'm assuming I'll have a bigger budget and staff, so they'll go faster. Just wanted to get one in the can before trying to get a studio or network to pay for this. My ideas are often really weird and hard to explain. If I tried to explain this show in a meeting, nobody would be able to envision what I had in mind.

Special thanks go to MindyIndy Steffen for animation, and Norwood Fisher of Trulio Disgracias for music!
Posted by Amanita Minute at 8:56 AM 2 comments

SMASH MANNIX VERSUS THE MOB 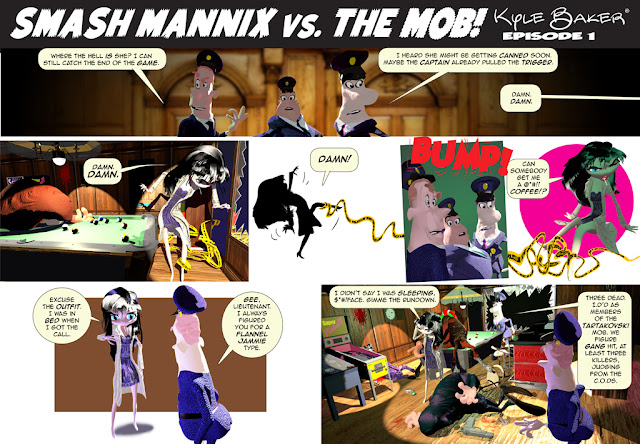 SMASH MANNIX VERSUS THE MOB is my contribution to David Lloyd's new ACES WEEKLY digital comic, due out in a few months! It's the story of Detective "Hottie" McDaniel's quest to find out who's wiping out mobsters in unusual ways. It's a mystery, so I don't wanna tell you too much more yet! 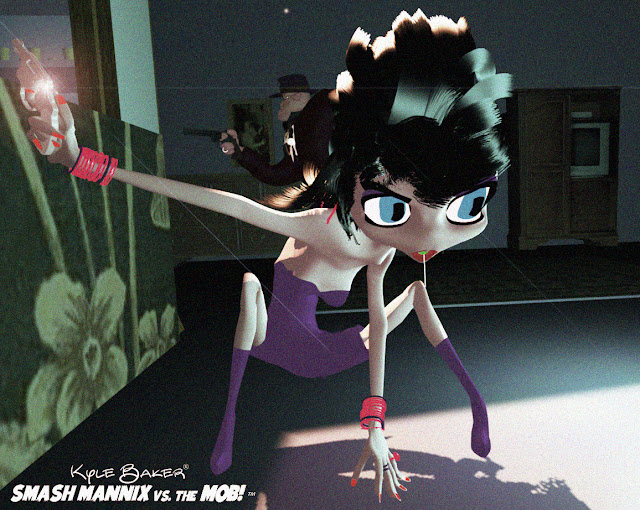 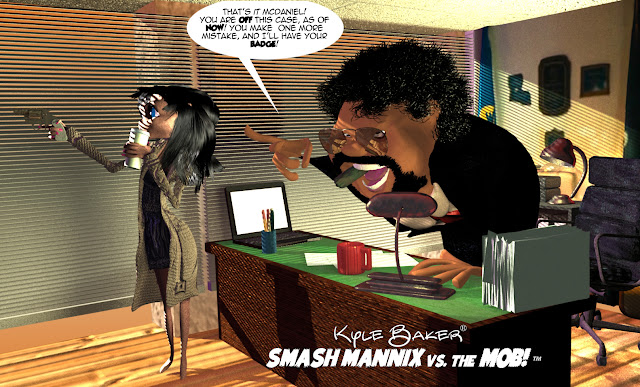 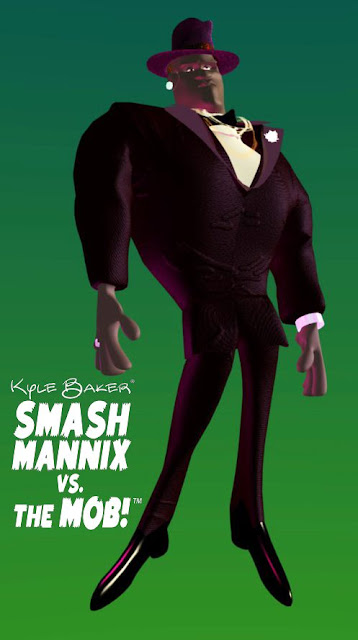 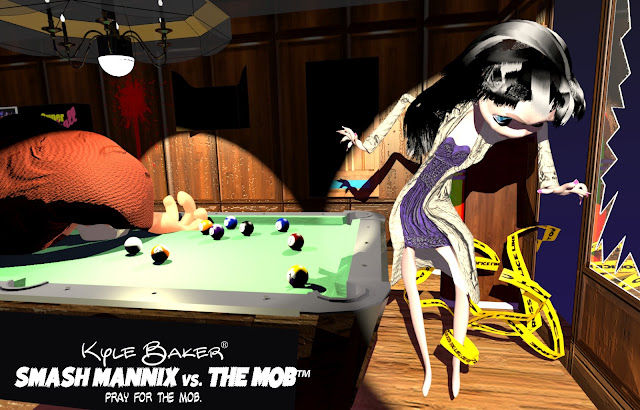 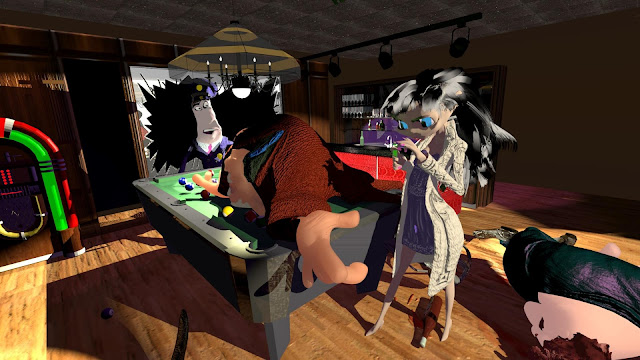 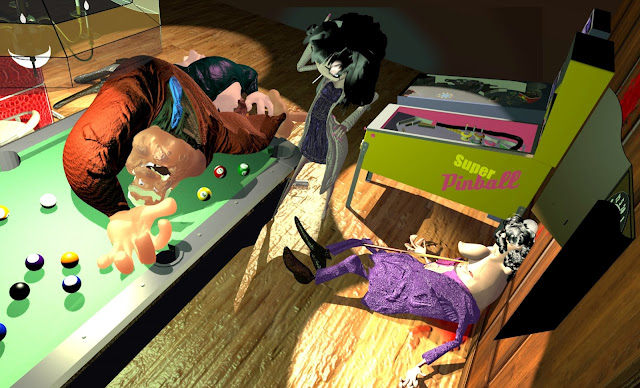 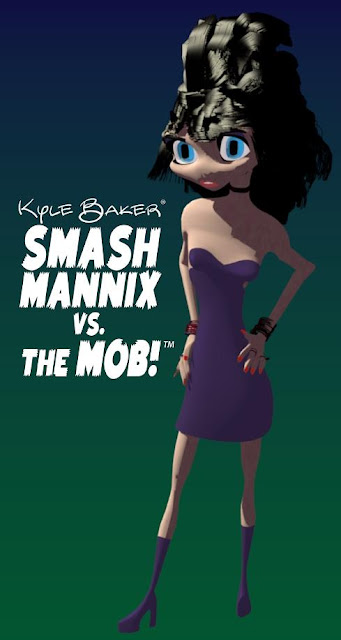 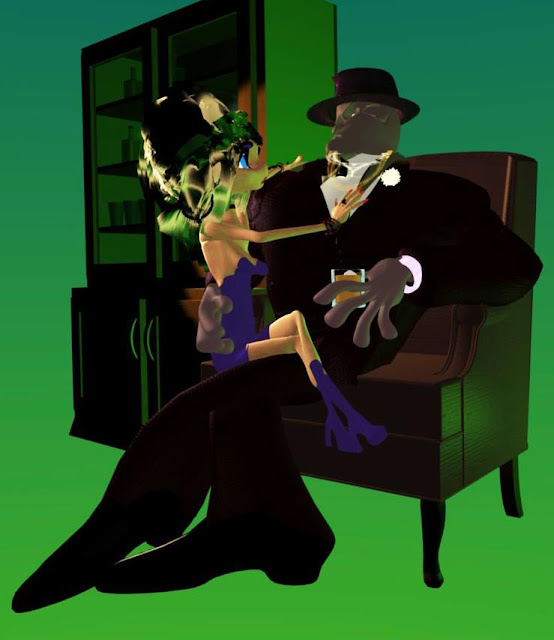 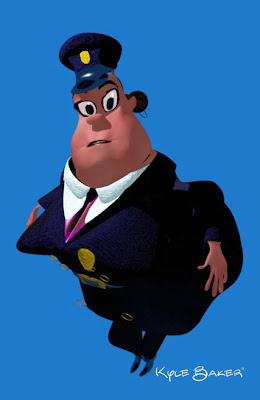 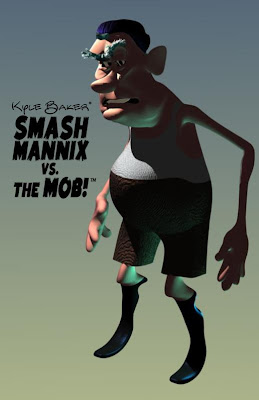 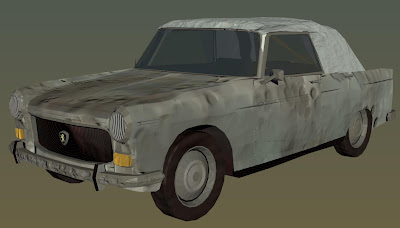 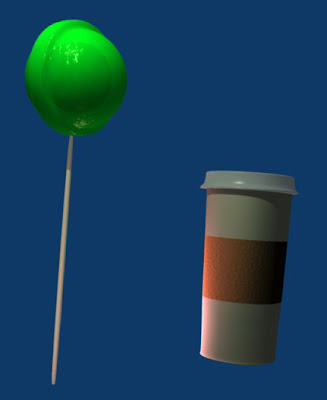 Posted by Amanita Minute at 6:32 AM 0 comments 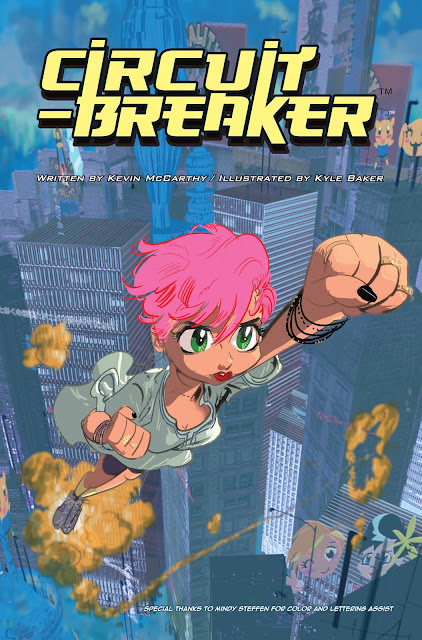 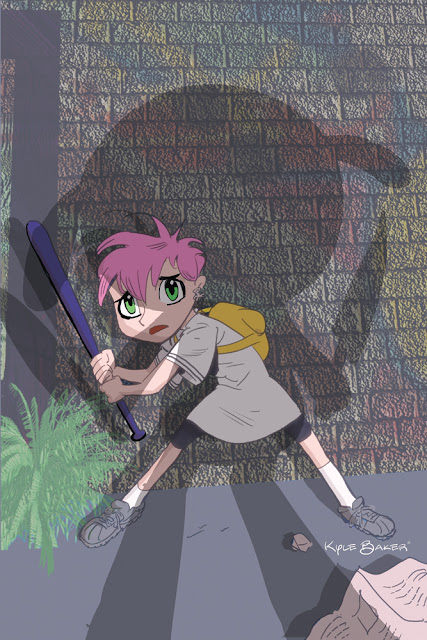 CIRCUIT BREAKER is a new comic I've been working on. It's written by Kevin McCarthy and will be published by Image Comics later this year. The first two issues are drawn, and I'm starting on number 3 now. 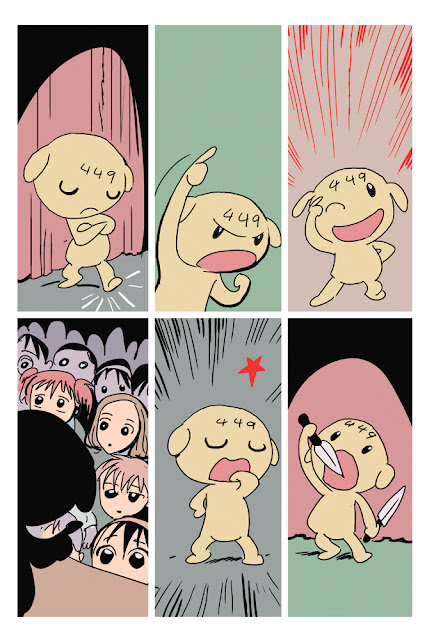 When Kevin sent me his story about a little girl robot in futuristic Tokyo, I thought it would be funny to draw it in the style of my favorite Japanese cartoonist, Osamu Tezuka! 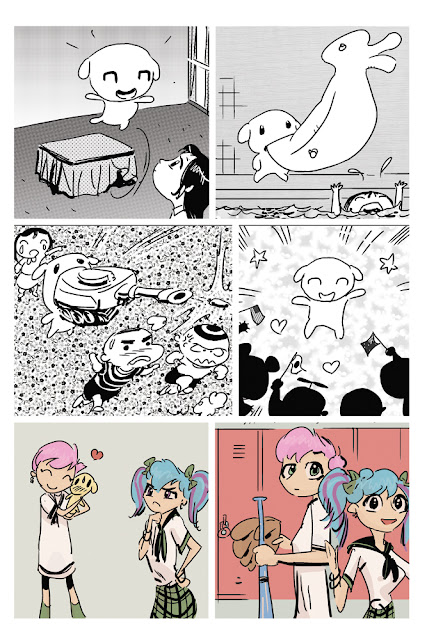 I'm especially glad to get a chance to do some Chibis! 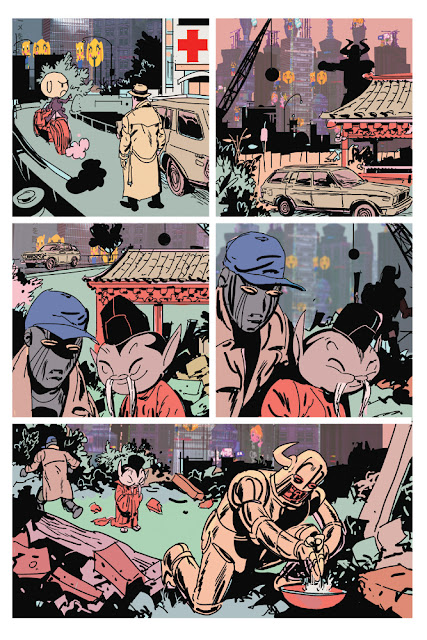 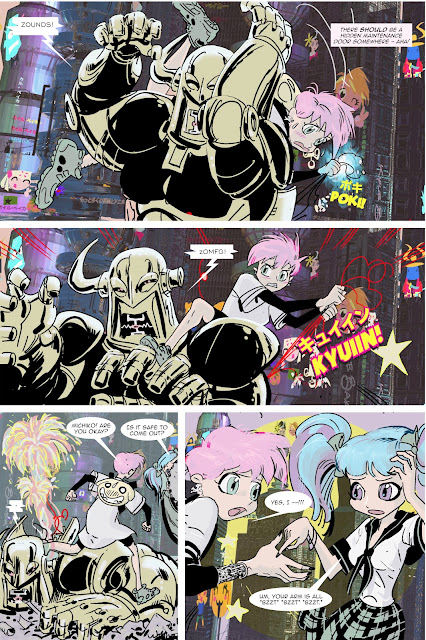 We've also been throwing in tons of references to our favorite Japanese manga and anime. How many can you spot? 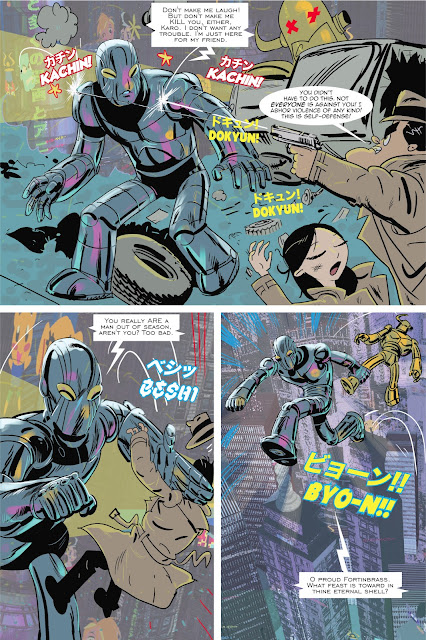 Mindy Steffen helped with the colors and lettering. We're all big anime fans, and I hope it shows. This book's been a real blast to do. 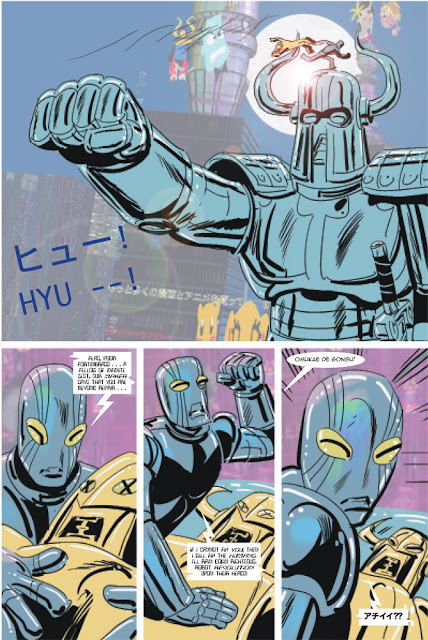 Posted by Amanita Minute at 5:59 AM 1 comments