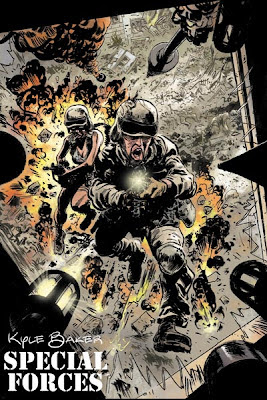 Check out the debris! I've been looking at a lot of Wally Wood, Joe Kubert and Frank Bellamy lately. Also Jack Davis, George Evans, and Will Elder inking John Severin. Who are your favorite war cartoonists? Leave a comment!
Posted by Amanita Minute at 1:44 PM 10 comments 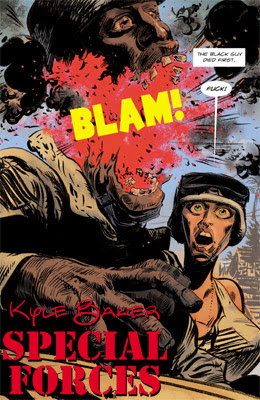 The first page of any story is the most important. It must grab the reader immediately, compelling him to continue. In comics, this is called the "Splash" page. This is the opening splash of SPECIAL FORCES. 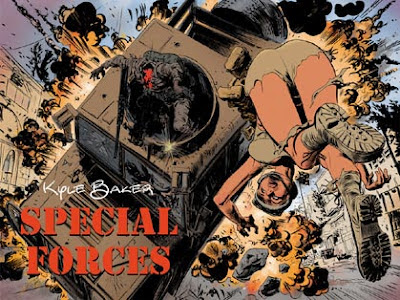 The most generous cartoonist on earth gives you something for nothing! You need this desktop in your face at work all day! Hooah! 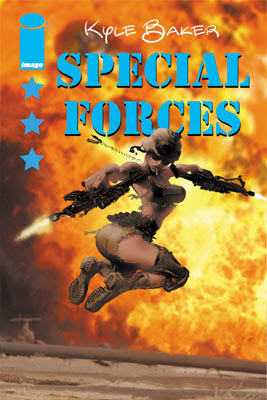 Yes, it's another awesome cover for my new IMAGE COMICS series SPECIAL FORCES. BRING OUR OIL HOME! It's for issue four, but I couldn't wait to show it off! Clearly fatherhood has mellowed me.
I'm finishing issue 1 now, it'll be out in a couple of weeks. Hooah!!
Posted by Amanita Minute at 4:03 AM 2 comments

How To Make Art: Terrytoons Analysis 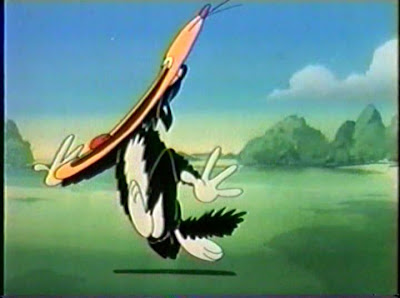 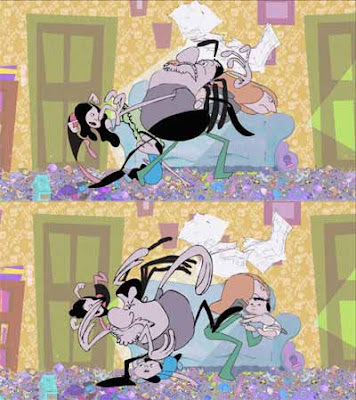 I happen to be a big fan of weird inbetweens. Click here for the animation.
Posted by Amanita Minute at 3:02 AM 0 comments

Email ThisBlogThis!Share to TwitterShare to FacebookShare to Pinterest
Labels: animation, Art, education, how to draw cartoons, How To Make Art, Mighty Mouse, Terrytoons

Email ThisBlogThis!Share to TwitterShare to FacebookShare to Pinterest
Labels: How To Make Art

You Gotta Have A Mother For Me!

It was a lovely birth. She is beautiful.

We haven't named her yet. Since all Bakers are automatically cartoon characters, we have to do a trademark search.
Posted by Amanita Minute at 9:47 PM 3 comments 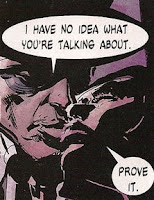 My recent contribution to Will Eisner's SPIRIT comic (#7) got a huge positive response from fans via e-mails, blogs, and Myspace comments. Most folks acknowledged my loving tribute to Eisner's "noir" style of inking, and his Citizen-Kane inspired layouts. Many people pointed out my nods to Frank Miller, who's directing the upcoming SPIRIT film, and is hugely influenced by Eisner's techniques.
Out of the dozens of responses I've received, however, Phil Lamarr is the first person to point out that the villain in the story was inspired by Naomi Campbell. Apparently, Phil and I are the only two comic fans on earth who read the gossip columns.
So here's the thing: If my audience consists of people who know Frank and Will, but not Naomi, do I need to explain who Phil is? 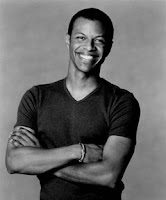